More anniversary fun updates! Saturday was a general relaxing day. We played more video games (of course). We also braved our inherited bikes. I had worked long and hard the previous week on my days off to get most of the rust removed and any steel/chrome polished on both bikes. They no longer looked like rust on wheels. Woot! Go me.

I’m so out of shape that our bike ride killed my legs. It wasn’t a flat ride either. At one point there’s a small hill to climb- felt like it wound never end- and half of the trip had to be on a small incline. For one I felt the burn and then on the return trip I could coast that stretch all the way back. So I know at least I got a nice workout from that.

On Sunday we went downtown Indy to see the canal district and the White River State Park area. Neither Scott nor I had ever been to the canal and neither one of us knew what to expect. It was lovely. I loved just walking by the water and seeing the geese and ducks swimming and the people paddling down it. Also the bridges over the canal and the various fountains along the way were beautiful. And the art under the bridges! Loved it all. It was a hot day though so I had to take many breaks. We brought water of course. And I took pictures (when don’t I?) which will be at the bottom of this post. It was a fun adventure! Driving to the city, however, not so enjoyable. People are crazy. Parking in a parking garage? Insane. Why put a spot right next to the concert pillar? It’s hard to pull in straight. Why aren’t they all angled spots? Not cool architects, not cool.

Monday was our actual anniversary. Yea us! I forgot to unfreeze the wedding cake top ahead of time. Scott reminded me before we left for dinner by saying “What do you want to do while we eat our cake!” To which I replied “…what cake?…. OH! Shoot!” I then quickly googled what I was supposed to do. Two days in the fridge? Puh-lease. I left it out on the counter while went to dinner (two hours?) then fridge for another hour. It was perfect. And oh my goodness it tasted amazing. Our cake was chocolate and tasted chocolatey goodness all over again. I was surprised because the same sites that said two days in the fridge also said it would taste bland and like cardboard. Puh-lease again. We must have had THE best cake maker in all the land.

But let me back up. Cake was AFTER anniversary dinner. We ate at a place called the Old Spaghetti factory in downtown Indy… Literally steps away from the center monument, which I had to go around twice. I took a wrong turn out of it and had to backtrack a block and get back on the circle. Up until that point the drive was very simple. But here all road signs vanish and there seems no order to the flow of traffic. Scary. I found a parking lot within half a block for the restaurant. The problem? It was set up like a scam. No teller to pay. Only a machine that excepts 5s and 1s and doesn’t give change. An ATM that only gives out 20s. Tell me that wasn’t planned. Well we refused to buy into that scam. Scott walked down to a nearby motel to break the $20. Paid That shady machine for exactly $6 which was its supposed fee. Take that!

Parking fiasco aside, Scott and I dressed up and the wind coming down the street was a little too dangerous for me so I made sure to keep a constant hold on my dress. The inside is marvelous. Very 20s 30s at the latest. There’s a trolley or caboose you can sit in (because of the buildings location to where the train used to run i believe) we got one of the large-backed booths with velvet lining. They do a complete meal, so we got soup to start, our spaghetti and meatballs, and spumoni icecream. I also had the best Italian soda. So good! It was an awesome anniversary date. 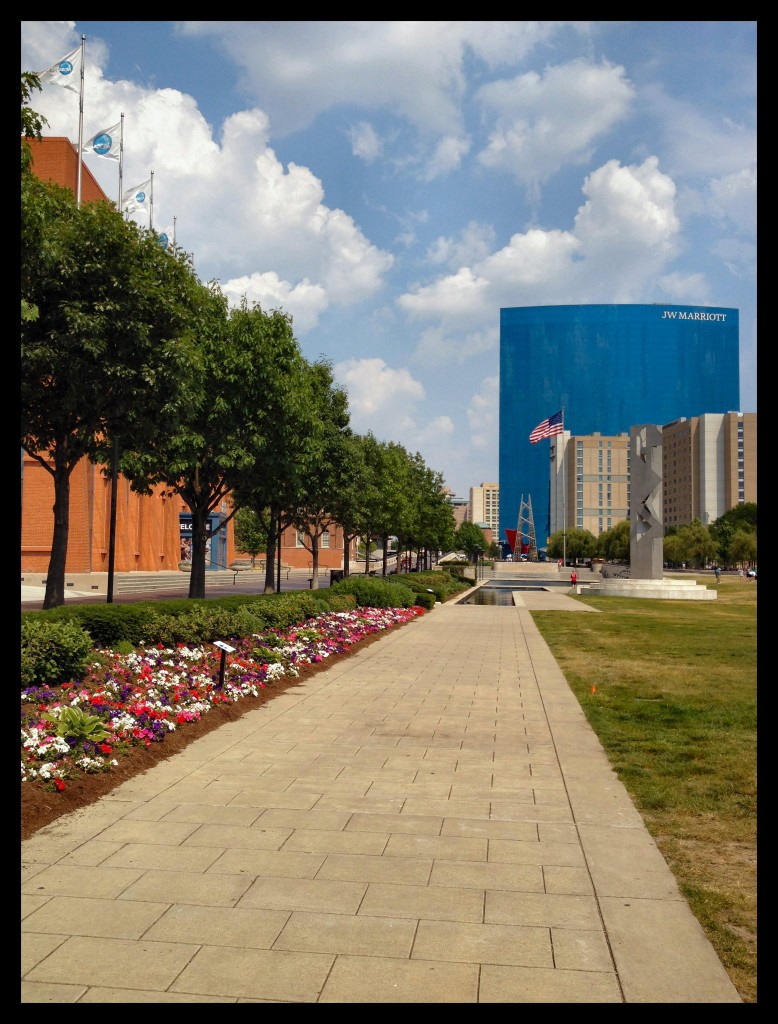 Start of the Canal walking back from the White River 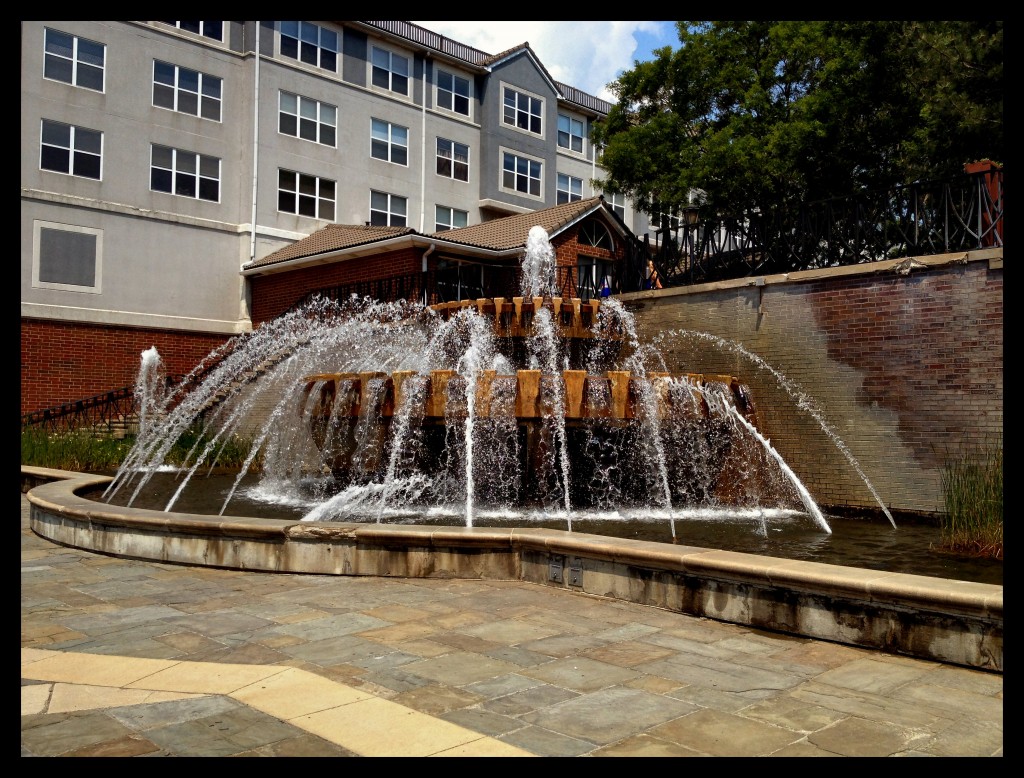 Fountain on the side of the canal walk 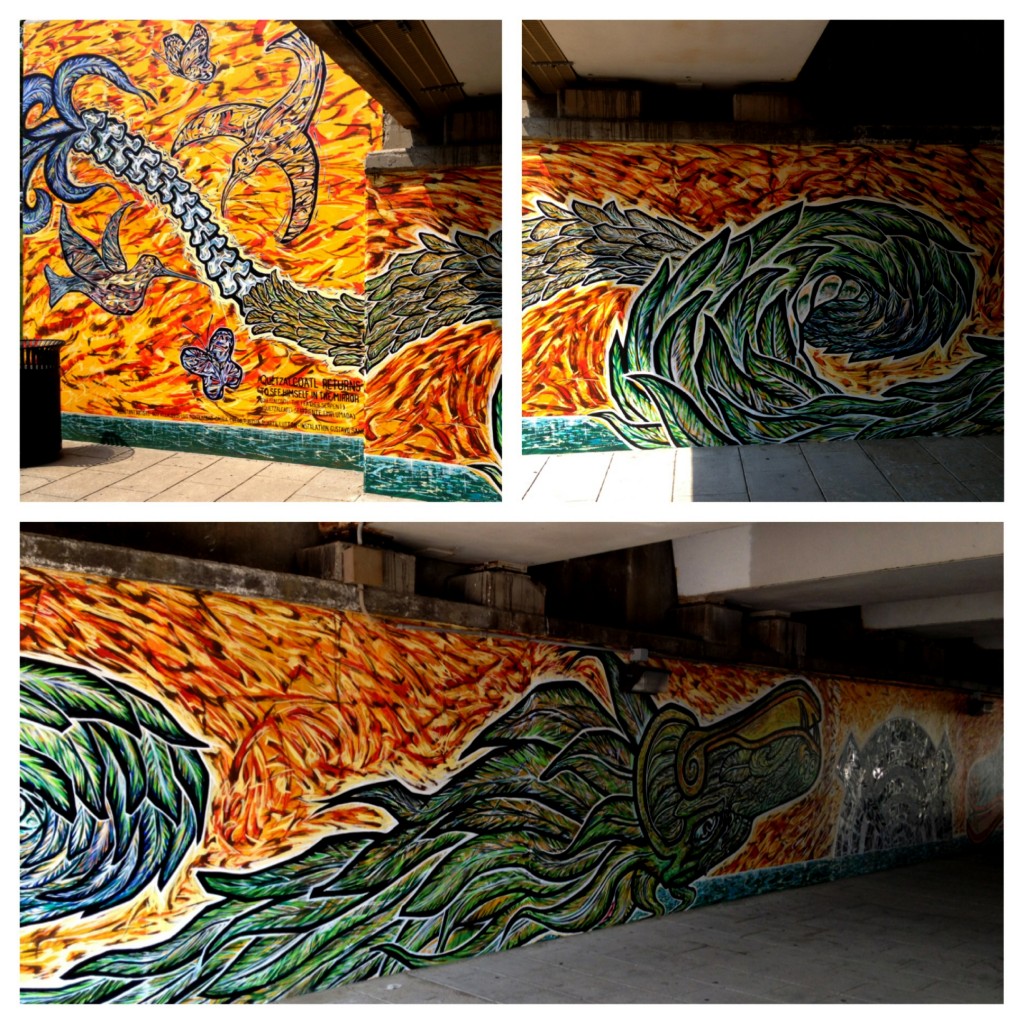 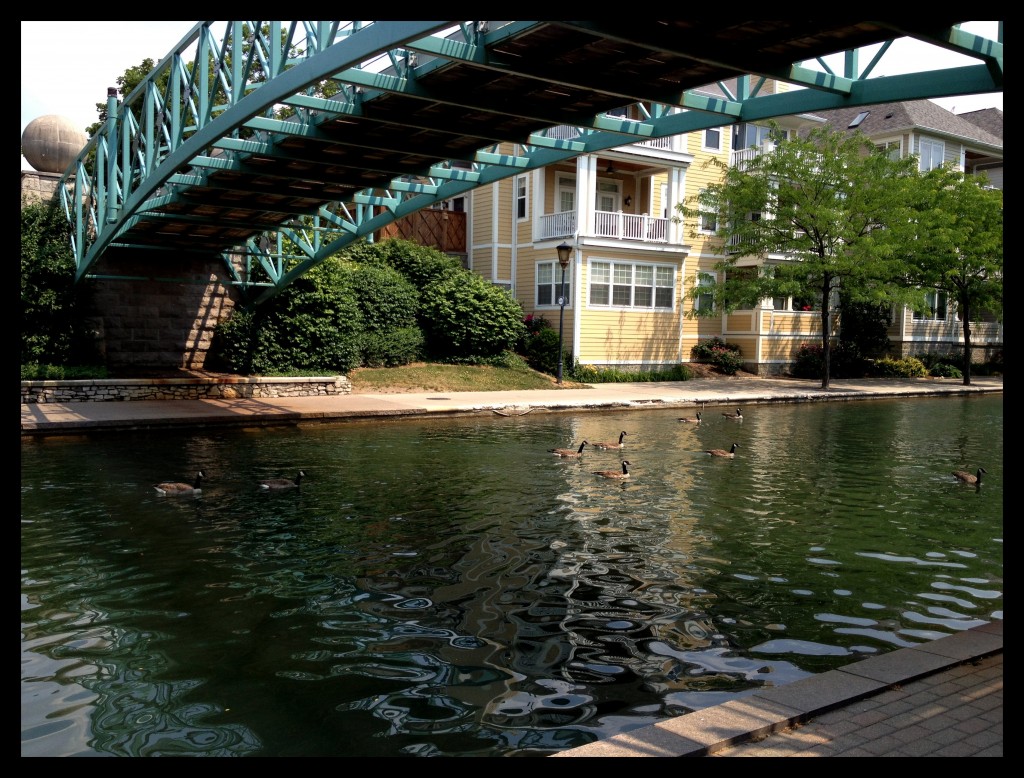 Geese Under the Bridge 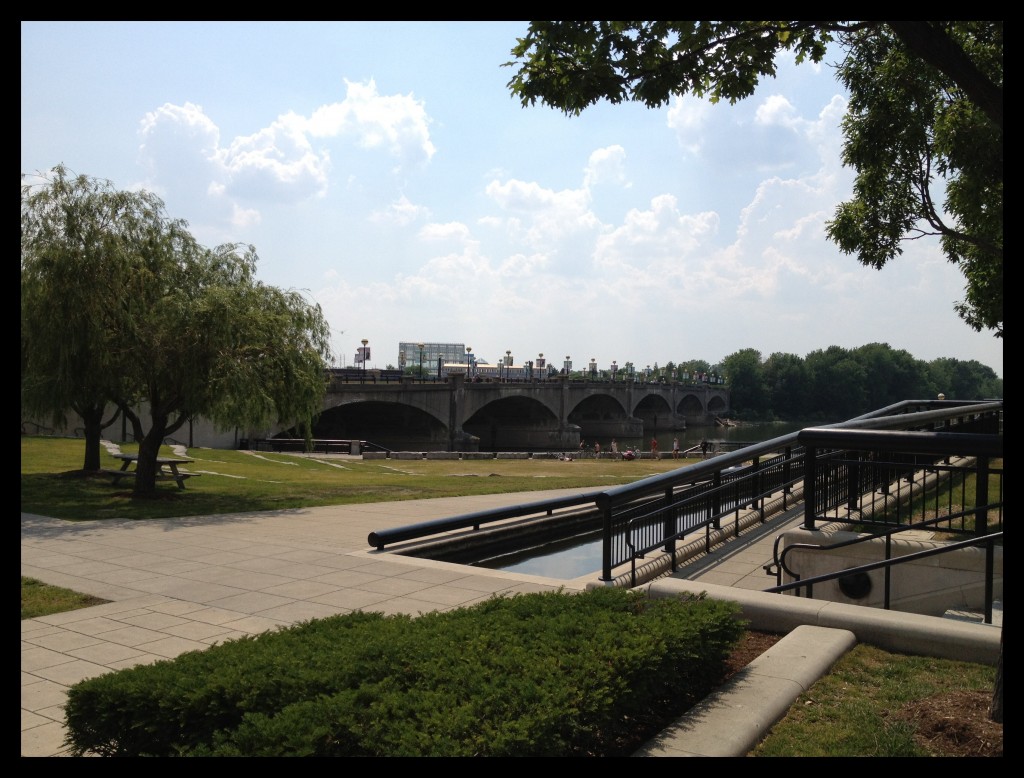 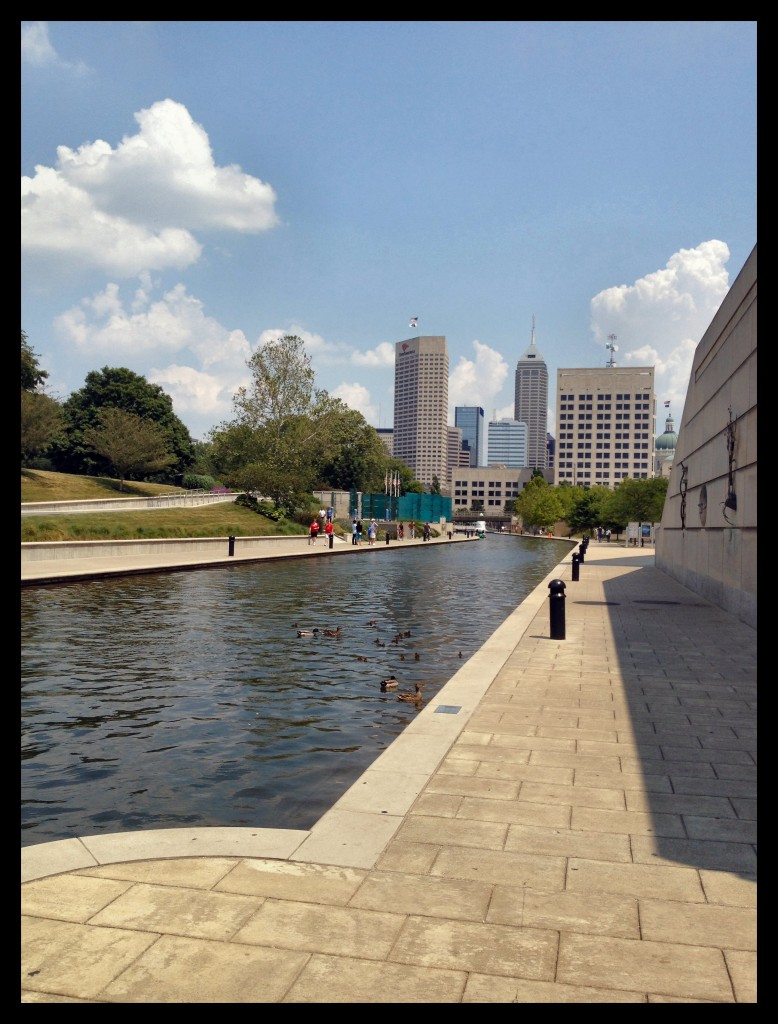 The Start of our Canal Walk 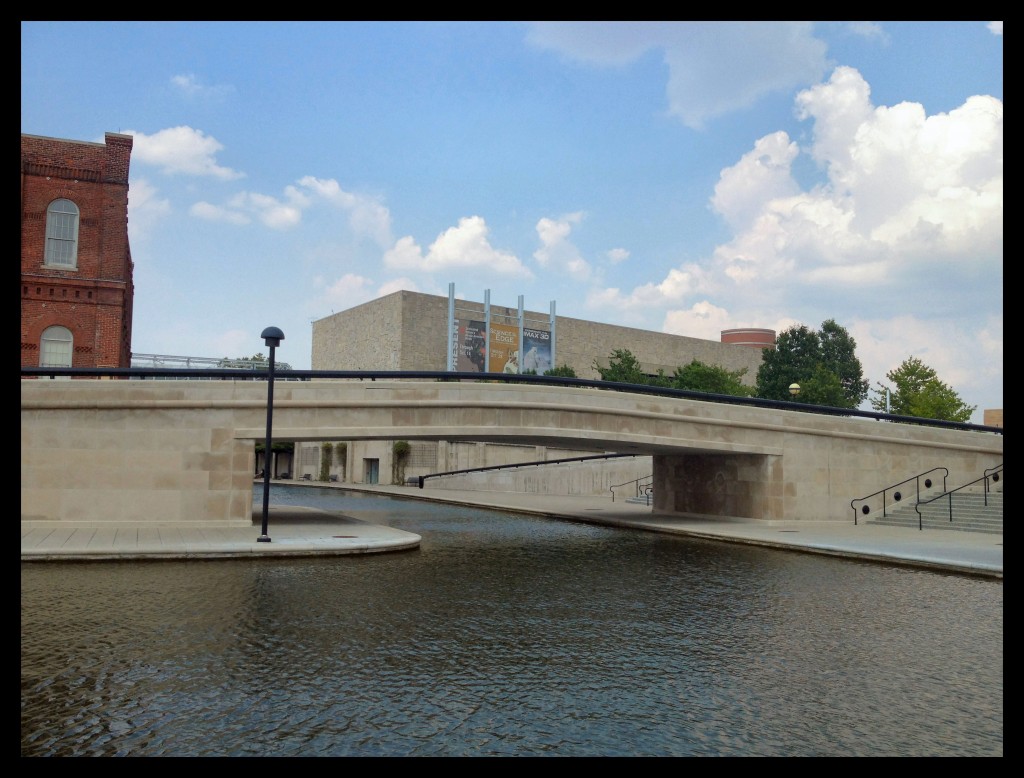 Preparing for my son’s first birthday and got th

Happy #hottea day! What are your favorite blends?