It has been two weekends since Dragon Con, and I am sad. I miss standing in long lines in the 90 degrees feels-like-110 streets of Atlanta. I miss the 28 floor elevator ride to the top of our hotel. I miss forgetting to eat and drink due to the excitement. Well, maybe not that last part. But it was fun and exciting! I love going each year. This was our third year and already I’m counting down to 2015 and pondering what costumes to do. I’ll try to type more in a later post about the day-to-day happenings. Right now I’ll share some photos.

(Photos at bottom! Scroll past my explanations and babble if you wish!)

As always, the panels of my favorite shows were fun. I actually didn’t get to go to a Battlestar panel this year, and I have mixed feelings about that. But I did get to dress up in a new costume! Final Fantasy XIII-2 Serah Farron. As it would happen, I’m walking down the street and hear someone yell “Serah!” I turn around and there is my sister (aka Lightning, my character Serah’s in-game sister). We got a photo together which was super awesome. She bought most of her parts like me. I made my gloves and the little side dangly two-piece golden thing (not sure what to call it). One person took my photo, so I was a little sad that I went full-out cosplay this year and didn’t get anyone to take my photo! Maybe I need to hang out in the hotels more and do less walking to panels. (But I have so many things I always want to do! Waaa!)

I also devised a Kenzi from Lost Girl costume, coordinated the day I wore it with my fellow con-going friend, Fern (find her over at oneofus.net) who dressed as my in-show bestie, Bo. I got most of the pieces from goodwill, the goth arm warmers from Etsy, and the boots from Target.

Star Trek Next Generation I dressed as an Ensign. I made the rank pips out of too strong of magnets. When they were next to each other on the collar they wanted to break off and flip onto one giant stack. Ensign it was (one pip). I got the shirt from eBay for my husband but it came in time so I took it for my picture with Patrick Stewart. I’m still waiting on the digital file from the photographers so hopefully I’ll have that soon. The shirt only had a screen-print comm badge so I got that on amazon.

David was awesome – he talked to me and the couple in front of me for quite a while. He said basically he played his younger self on the show, being a geek himself who played video games, programmed, and had watched the Stargate shows. I babbled about how I had wanted to go into AI (artificial intelligence) but didn’t finish my Master’s. He seemed interested but I don’t know why I started saying that – that’s not an interesting story! “By the way, cool dude, I started something and quit.” -_- Anyway, we talked about science a bit too and he was upset he didn’t know there were NASA events, so I started to tell him about the Black Hole talk I went to. He says, “Hold on a second” and gets into his backpack to pull out a science magazine with black holes. “My reading material for the flight” he says. When we took photos he invited me behind the table (that was new!) and told me he smiled weird, but we ended up having a mini photoshoot with some fun poses. When I went to leave, I tried to shake his hand and he said something like “Oh no, come here. Give me a hug” and I got a hug!

I didn’t know what to say to Alexi. I told him I was always excited to see him reprise his role, and he said he was too. Then I had no idea what to say and told him I get tongue-tied. He said he does to. What?? Nah, don’t believe it for a moment. And I gave him the classic one-eyebrow-up look. He made an effort to ask my name, and told me to have a good day. I tried to beeline out of there, being embarrassed, but he called the good day bit after me and I returned the sentiment. At least I could do that, silly me.

Ksenia, when she saw my Kenzi outfit, goes “Look at you!” I knew then that I had done it right. A few people had recognized my costume that day, but hearing her say something was awesome. She’s so tiny! I think my arm was as big as her waist /hyperbole. 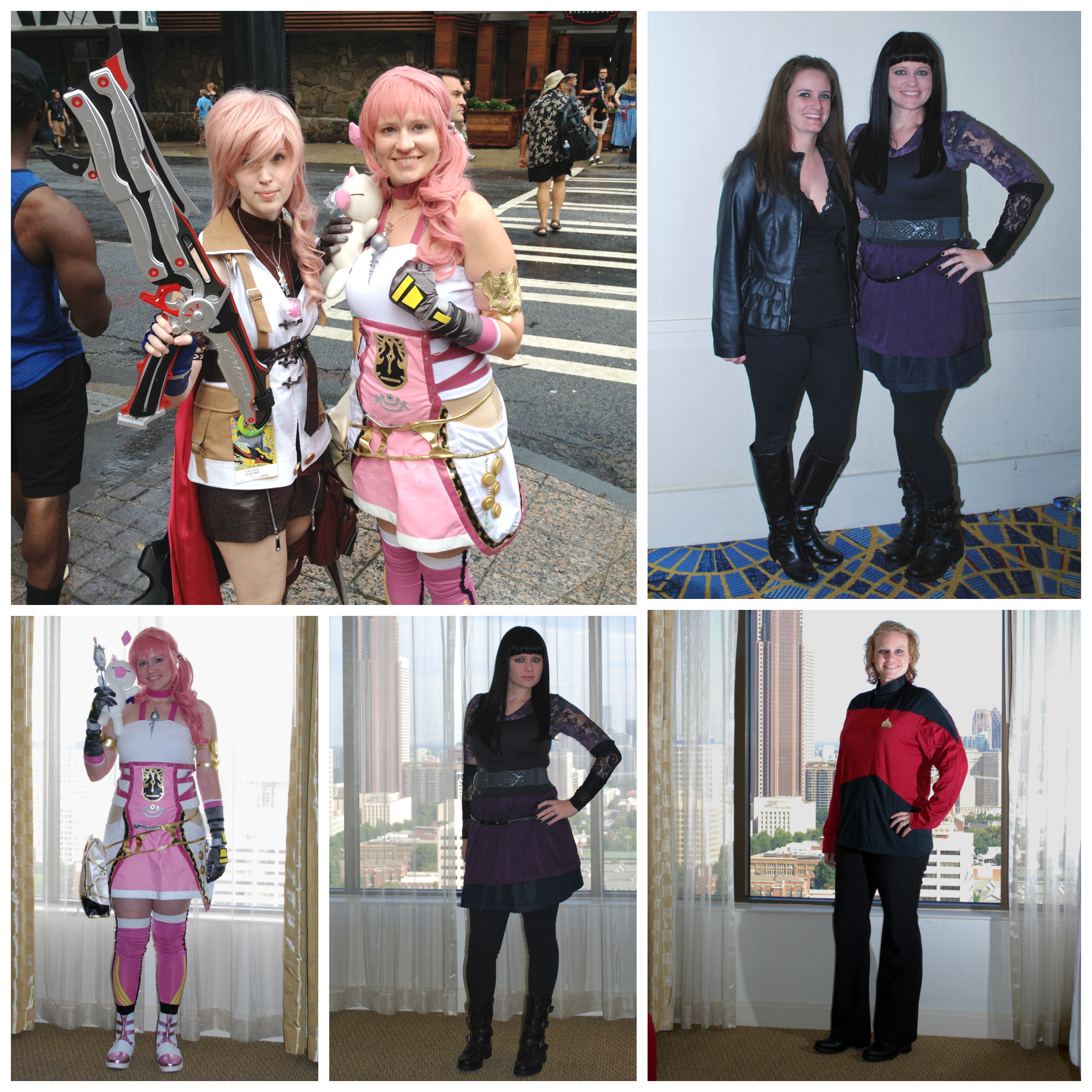 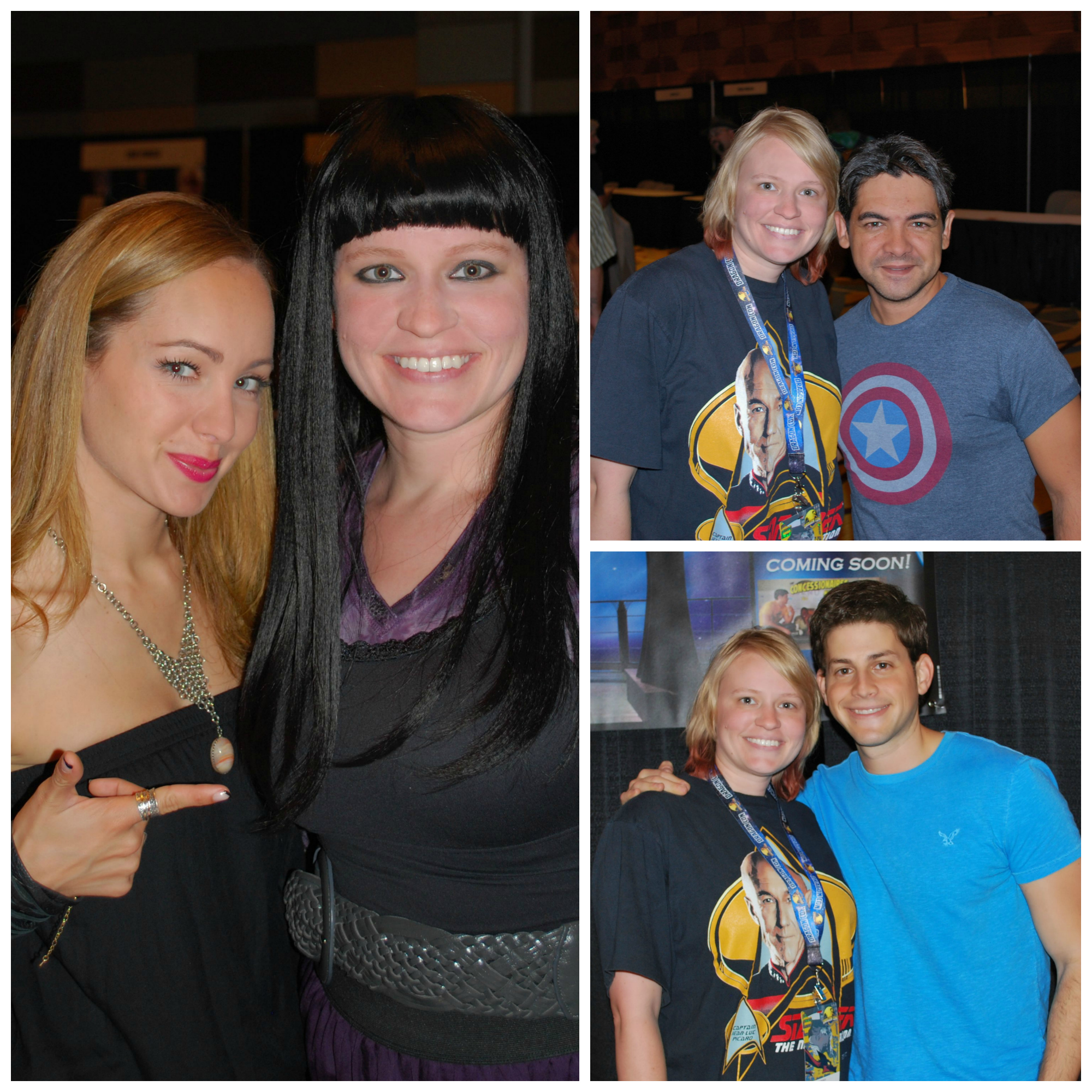