Also see my post 5 Things I Learned in Colorado. 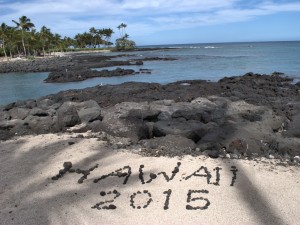 I was recently lucky enough to travel to the Big Island of Hawai’i. I received an award at work and extended my travel for two days. I’m so glad that I extended as I was able to experience even more of the island. Although there are more things I learned and experienced, I will keep this short and chose 5.

1- The island is really the globe condensed into ~4,000 square miles (or Connecticut). Hawai’i boasts 11 of the 13 world climates. I saw volcanoes, swam in a waterfall in a rainforest, drove past desert areas, and of course walked on beaches. It really was breathtaking (and inspiring for future novel ideas). And I ate and drank fruit every day. Bananas, mangos, pineapple, yum! Check out the highlights of the landscapes in the images below. (Click for larger versions!) 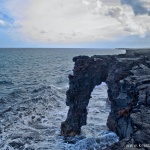 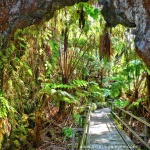 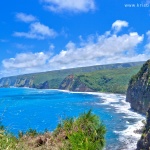 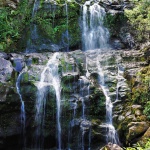 2 – Kamehameha I was the bomb-digity. He unified the islands, promoted trade – they have highways named after him, they marked his birthplace, and he’s got a giant statue. ‘nough said. He made his own destiny – when the prophecy was made that if he built this temple and made a sacrifice he’d become king of all the island chiefs, well, he took fate into his own hands and invited his top rival and then made him his sacrifice. Surprise! But one of his wives impressed me even more. Kaahumanu was quite possibly the first feminist if Hawai’i. Their culture followed a set of rules, the Kapu, of which many stipulations were listed of what women could do or have that men could. One of those was men would not eat meals with women. So she had his son, the next King, sit down and eat with women and when the Gods did not strike him down for breaking the rules – boom – there goes those silly rules. Read more about them here: Kamhameha I, Kaahumamu. Check out the images below of the places I visited (Pu`ukoholā Heiau National Historic Site, Kamehameha Statue) . 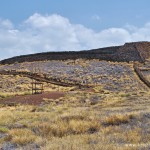 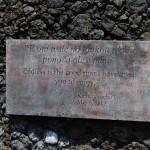 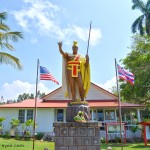 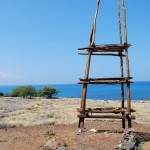 3 – Locals really exhibit aloha. Anywhere I went where service was provided, everyone seemed to be enjoying themselves and exhibited patience and kindness. Even people on the road were exhibiting a level of niceness I have never known on the roads. Though I didn’t exactly know where I was going, and was doing a bit of sightseeing along the way, and driving well under the speed limit, no one road my bumper, no one honked or gave rude gestures. In fact, when I pulled off to the side to let some people pass they all gave me the Shaka as they passed. Here’s a bit more about aloha, and I really love the concept.

Aloha means mutual regard and affection and extends warmth in caring with no obligation in return. Aloha is the essence of relationships in which each person is important to every other person for collective existence. Aloha means to hear what is not said, to see what cannot be seen and to know the unknowable. –The Law of Aloha

Enjoy some photos of other places and things I haven’t shared in this post yet. (These are just snapshots, more professional photos to show up in my gallery soon.) 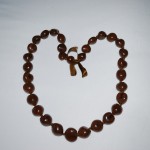 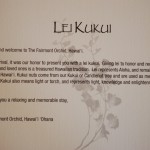 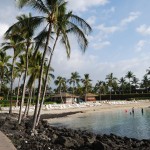 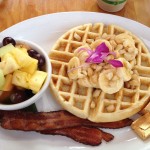 4 – Plan ahead, but experience. I’m very glad I did research on the island I was visiting via the internet and books. Although a little outdated (I got an older version via a lucky find at Goodwill!), the book Hidden: Big Island of Hawaii gave me ideas, helped me get acquainted with the area and roads via maps (because I’m very directionally challenged), and primed me on some history and culture. I read some prior, and then on the long 18 hour flight. But I saved knowledge to be surprised and experience the island too. For example, I read nothing about petroglyphs ahead of time, and didn’t realize there were fire dancers. Being surprised and discovering things in the moment was great. Find a nice balance. Here are some historical or local culture related photo snaps. 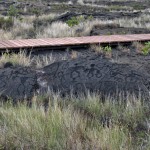 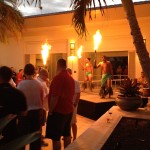 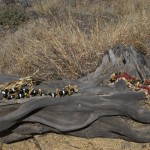 Leis on a log near the lookout stones of shark reef 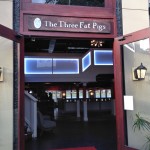 5 – I need more ways to say amazing. I was spoiled on the trip, getting to stay at an amazing resort (see, I used the word again.), got fed incredible food, saw beautiful vegetation and scenery, and had the perfect weather. I found myself saying, “Wow, this is so cool”, “This is amazing”, “So pretty”, on repeat. I drove most of the entire east coast from top to bottom, an experience unlike any other drive I’ve ever had. I normally dislike driving and would much rather teleport. Here, fellow drivers were incredibly low and it was as if me and my sister had the road to ourselves, exploring an island [on a road that changed elevation (and told you how much had changed), took you through rustic villages, and twisted through mango and banana trees only to open up and show you cliffs to the sea], and discovering history and culture. Enjoy a few more images below. 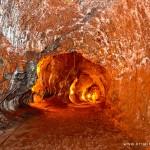 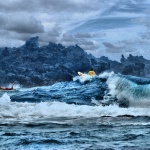 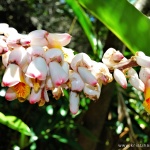 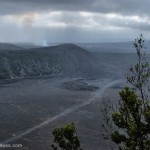 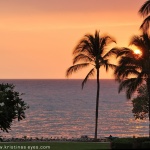 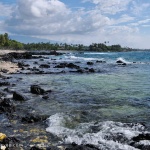 I want to go back, of course, and experience more and find my way to the other islands as well. Below is a video of my trip. Excuse the less than great filming techniques.

This video, set to some Hawaiian music, is about 5 minutes long 4 different locations from my Hawaii trip. My sister filmed the waves for me. First up, waves on the coast while in the Volcano National park, followed by a waterfall near Kohala, place we took a picnic after the waterfalls, and last a 360 view of the coast from our resort near Puako.

1 thought on “5 Things I Learned in Hawaii”